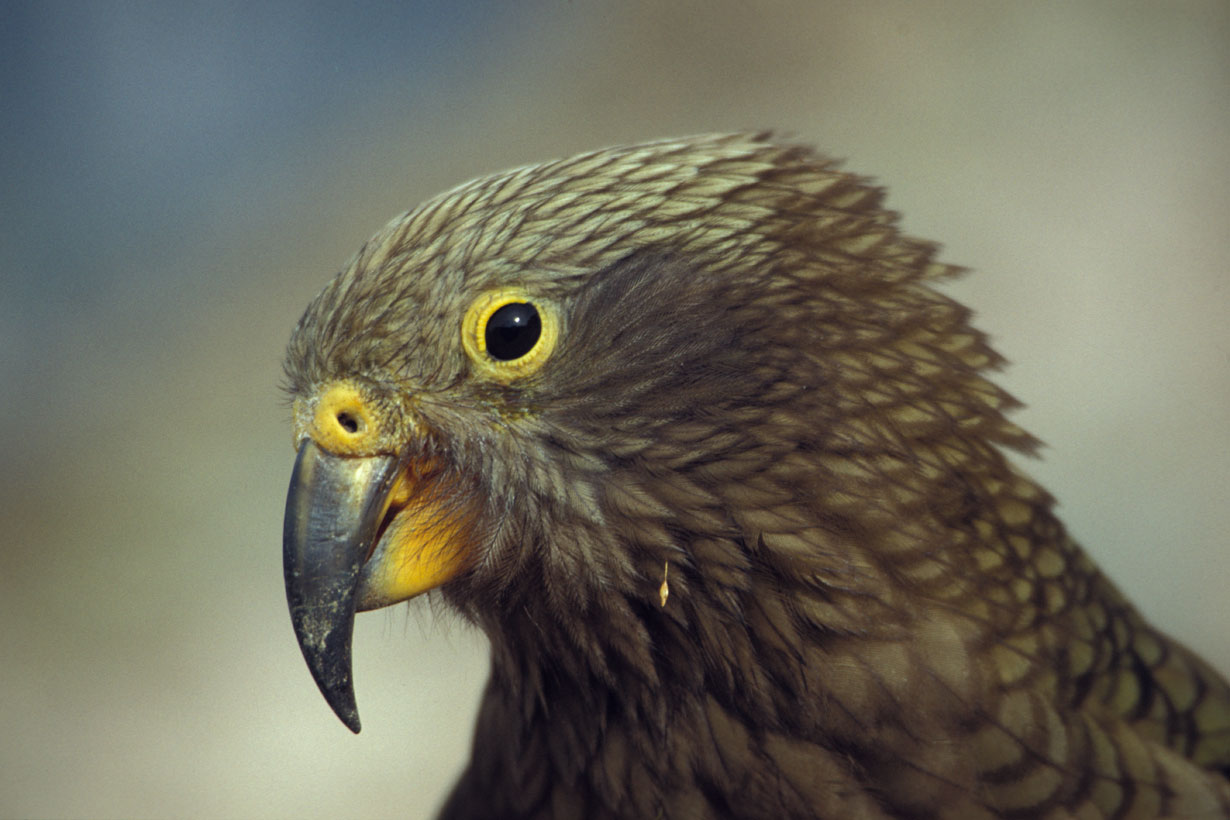 Kea
The Kea is the only mountain parrot in the world and is only found in the mountains of the Southern Alps of New Zealand. 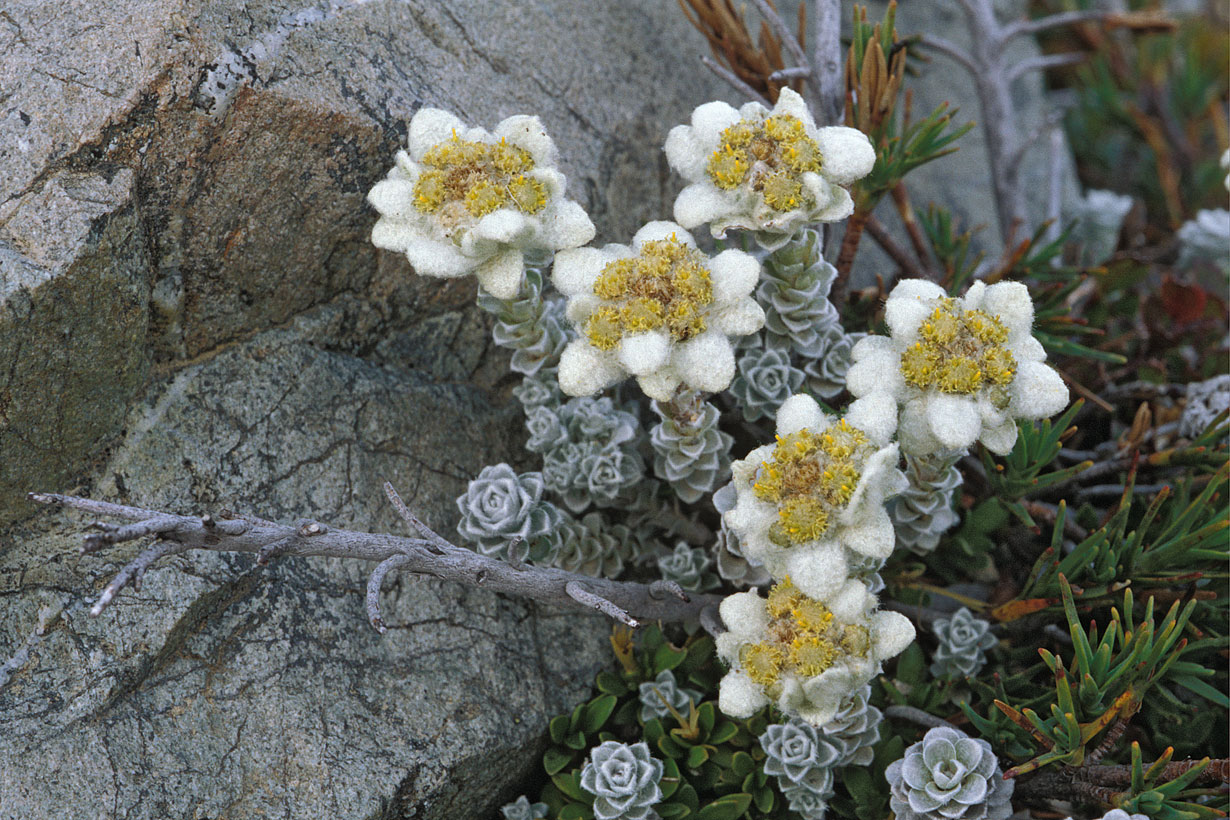 South Island Edelweiss
Flowers in New Zealand's South Island mountains during January and February. It is found in rocky places in alpine areas up to 1700m. 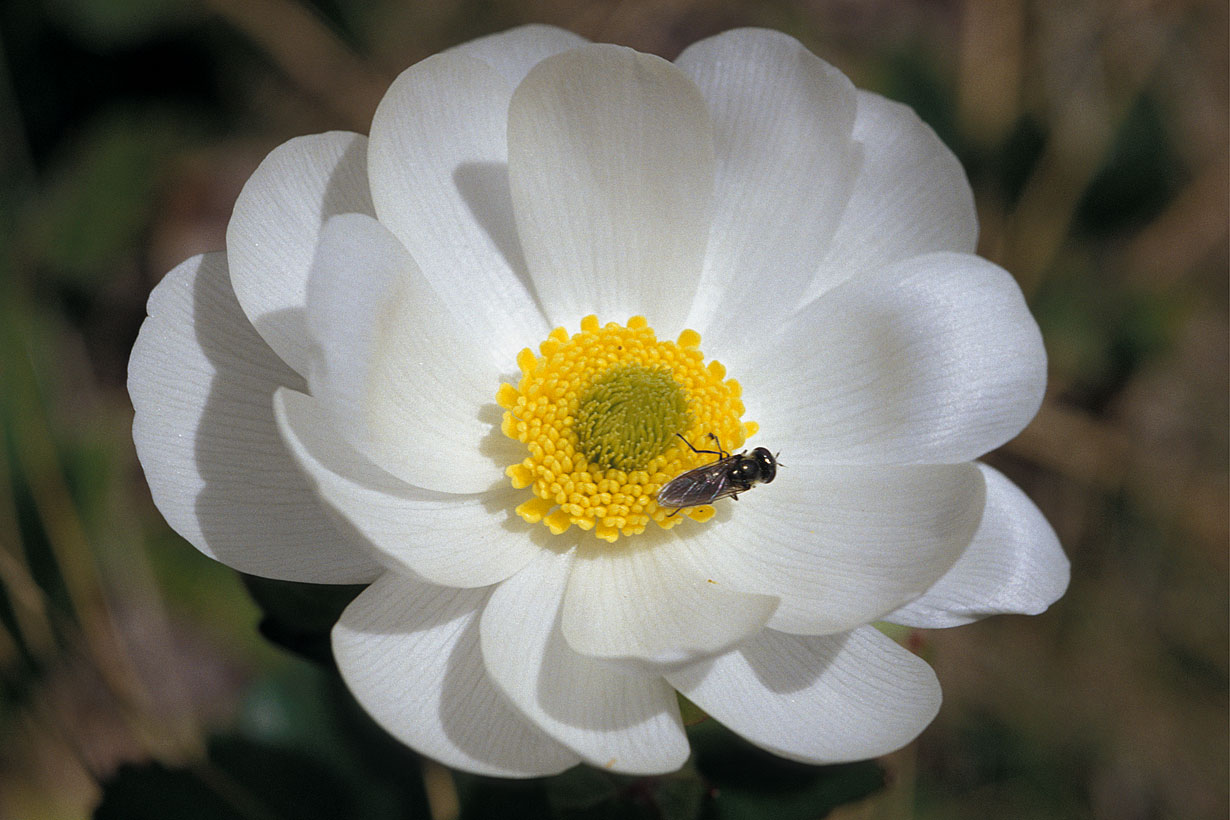 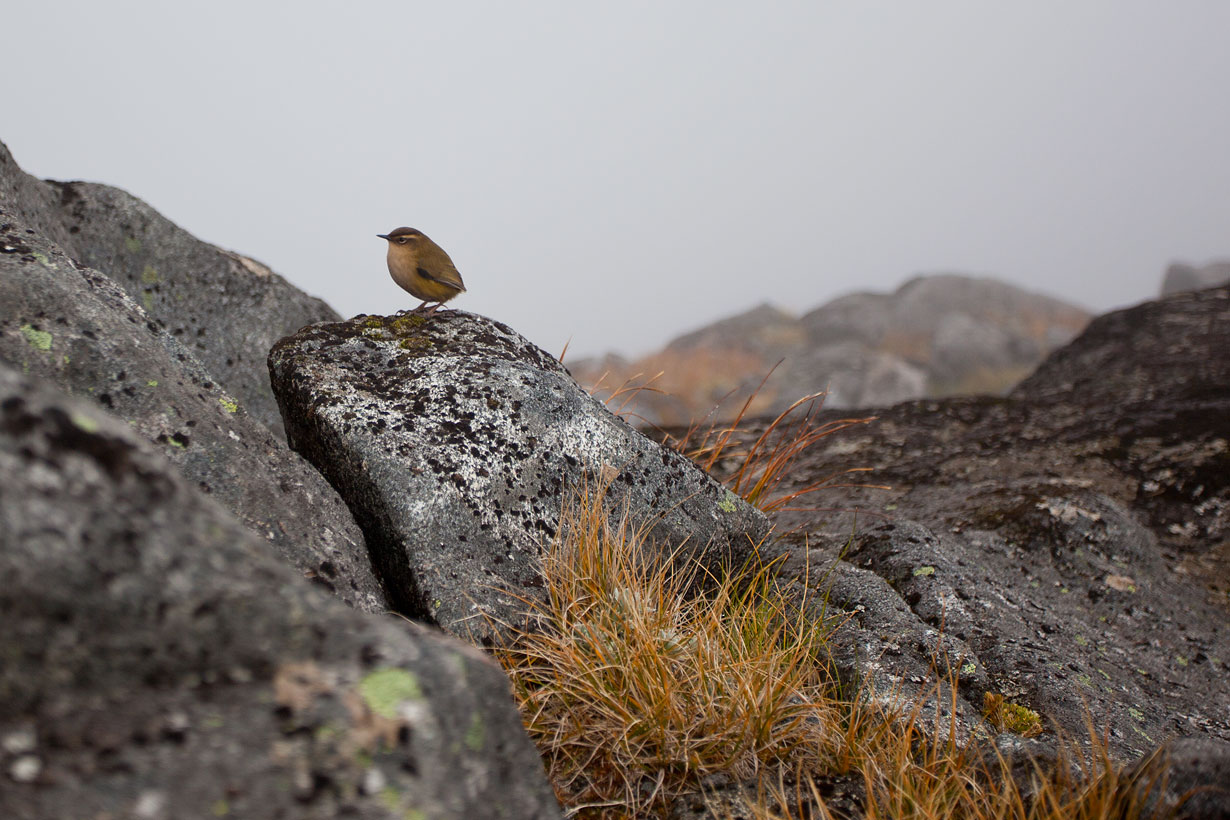 Rock Wren
Lives in the rocky areas of the alpine environment. Believed to be spending the winter underground between rocks. 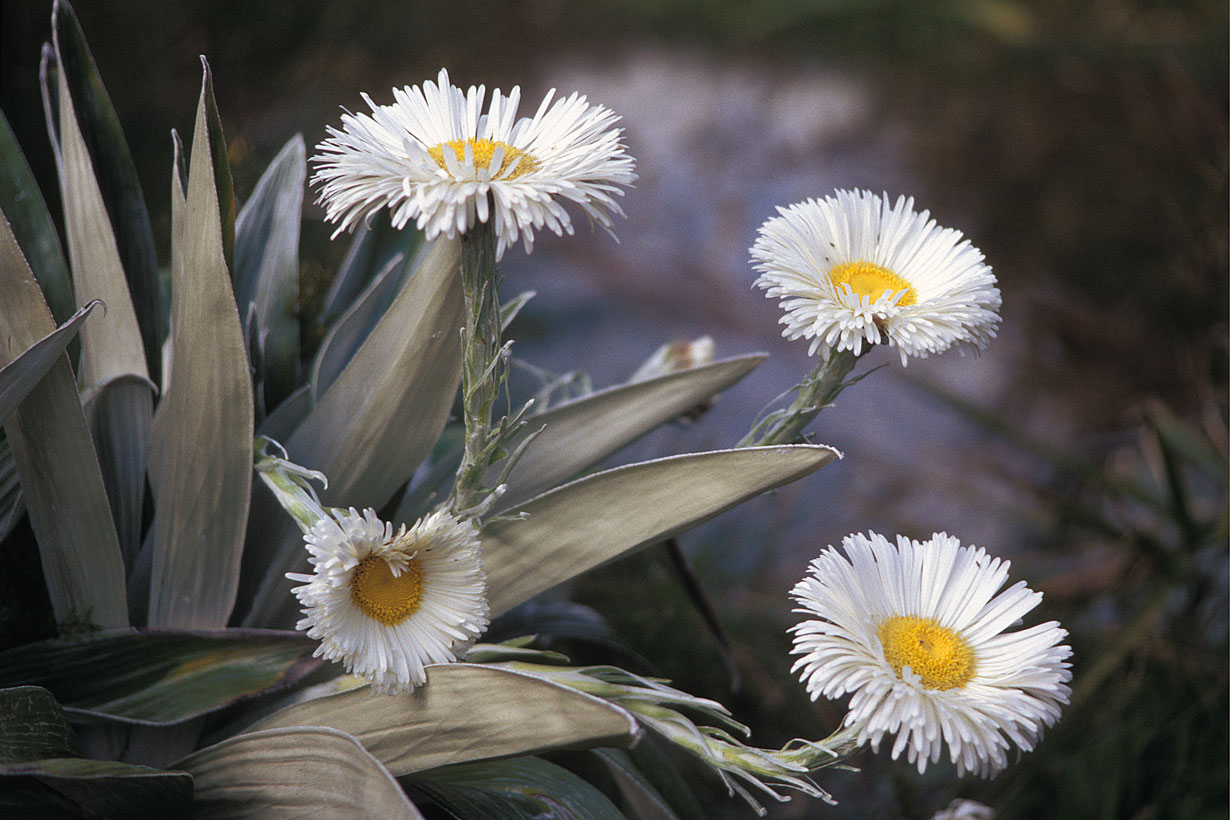 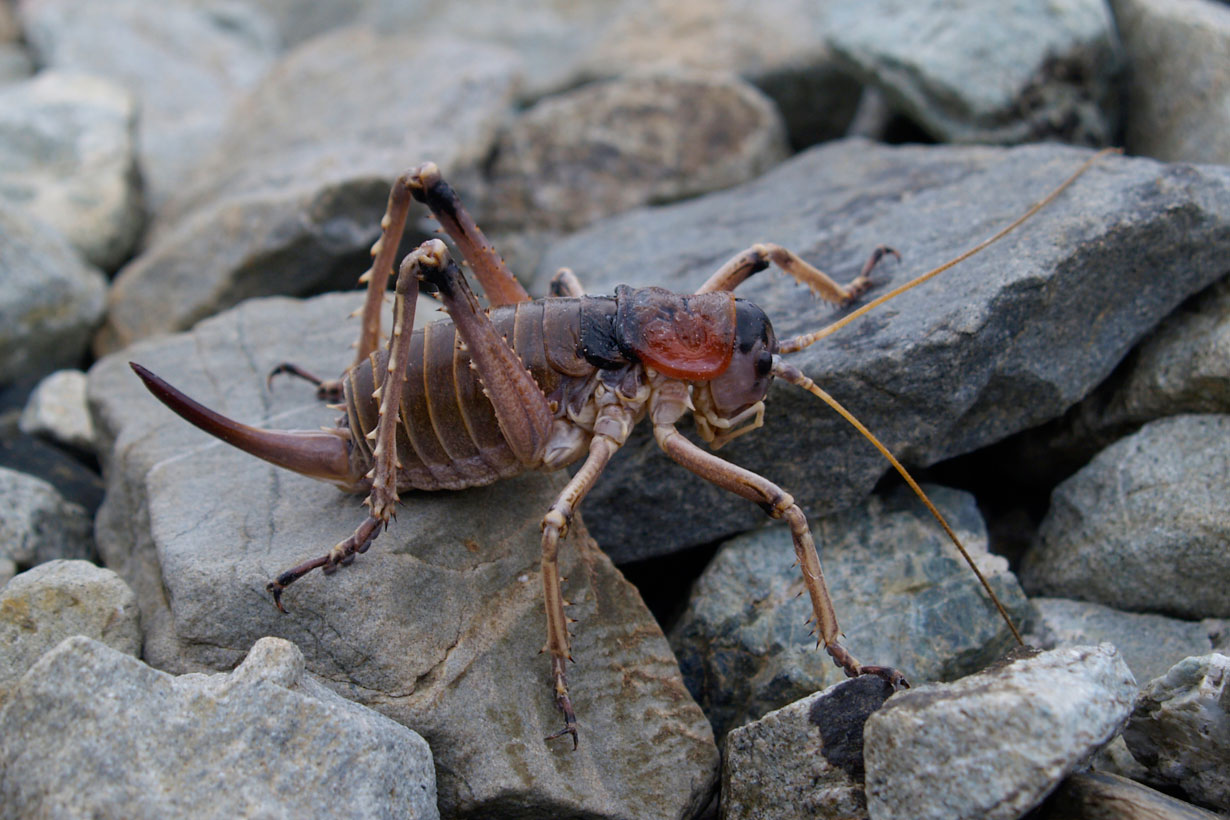 Giant Scree Weta
Unique to New Zealand. The Giant Scree Weta is an alpine specialist and lives largely under rocks on scree. It comes out at night to feed on small scree plants. Alpine Weta have the unique ability to freeze solid without being killed. 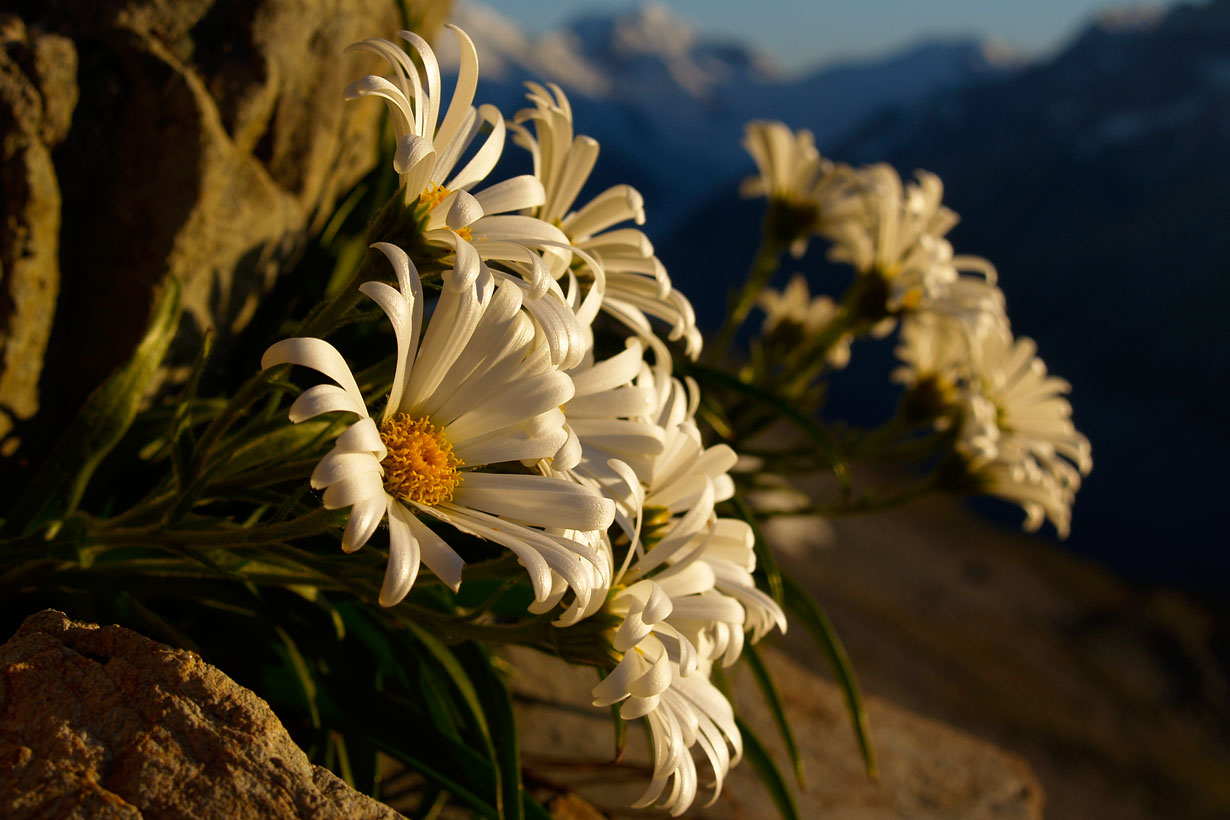 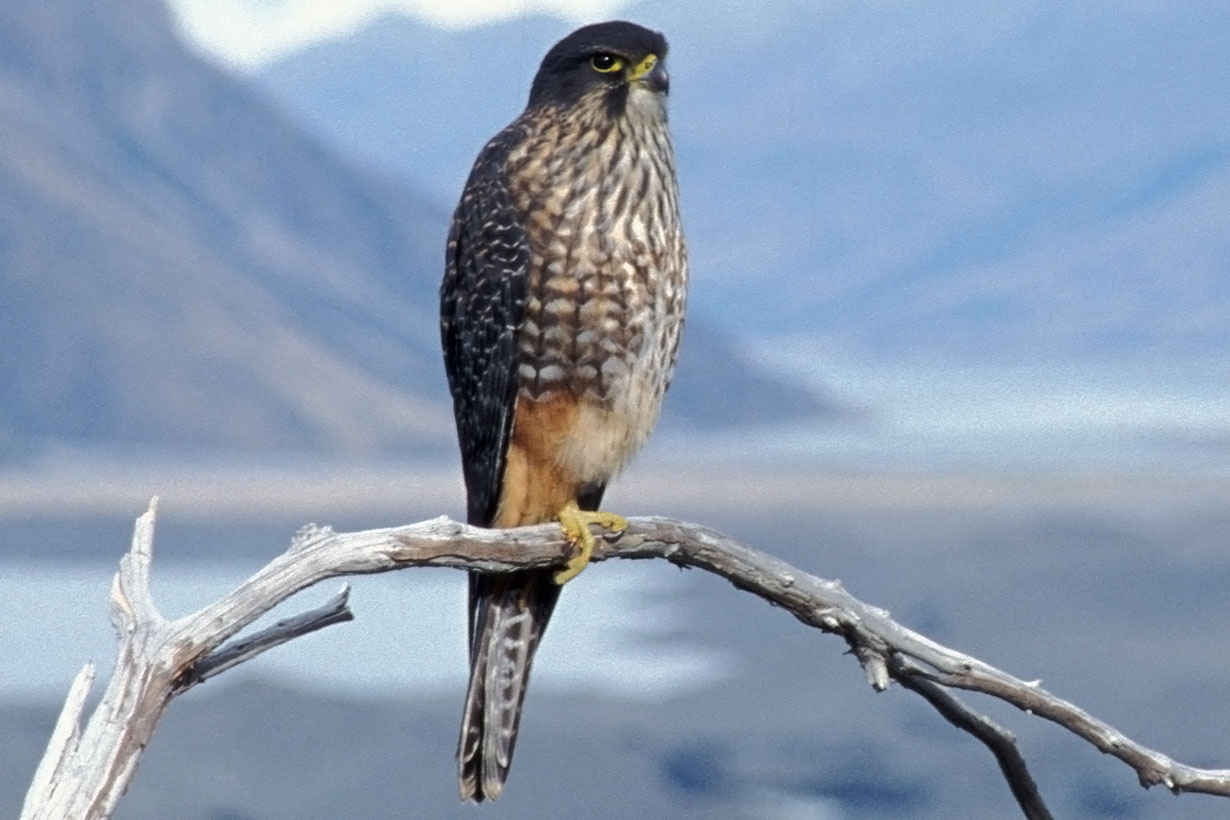 New Zealand Falcon
High Country and alpine areas. Agressive during breeding time. The native falcon is the jet-fighter among the birds of prey, usually downing its prey on the wing. 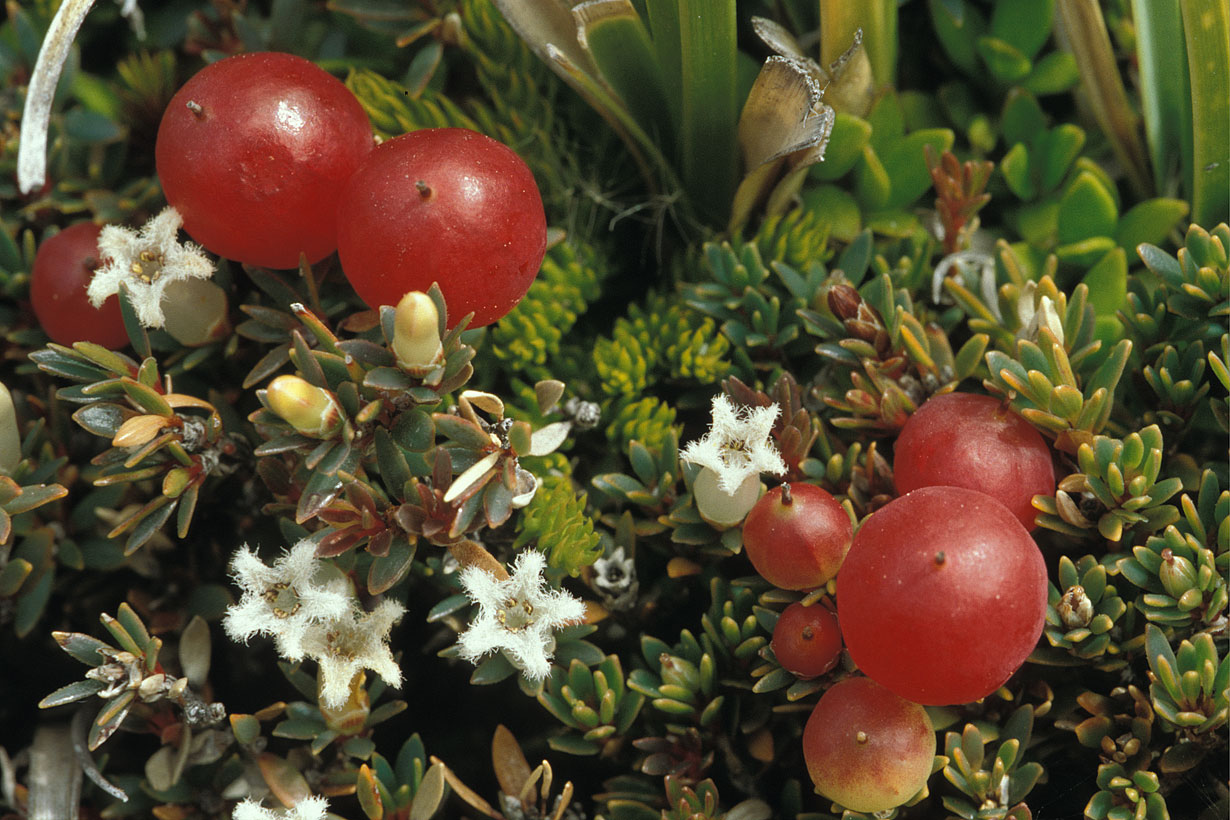 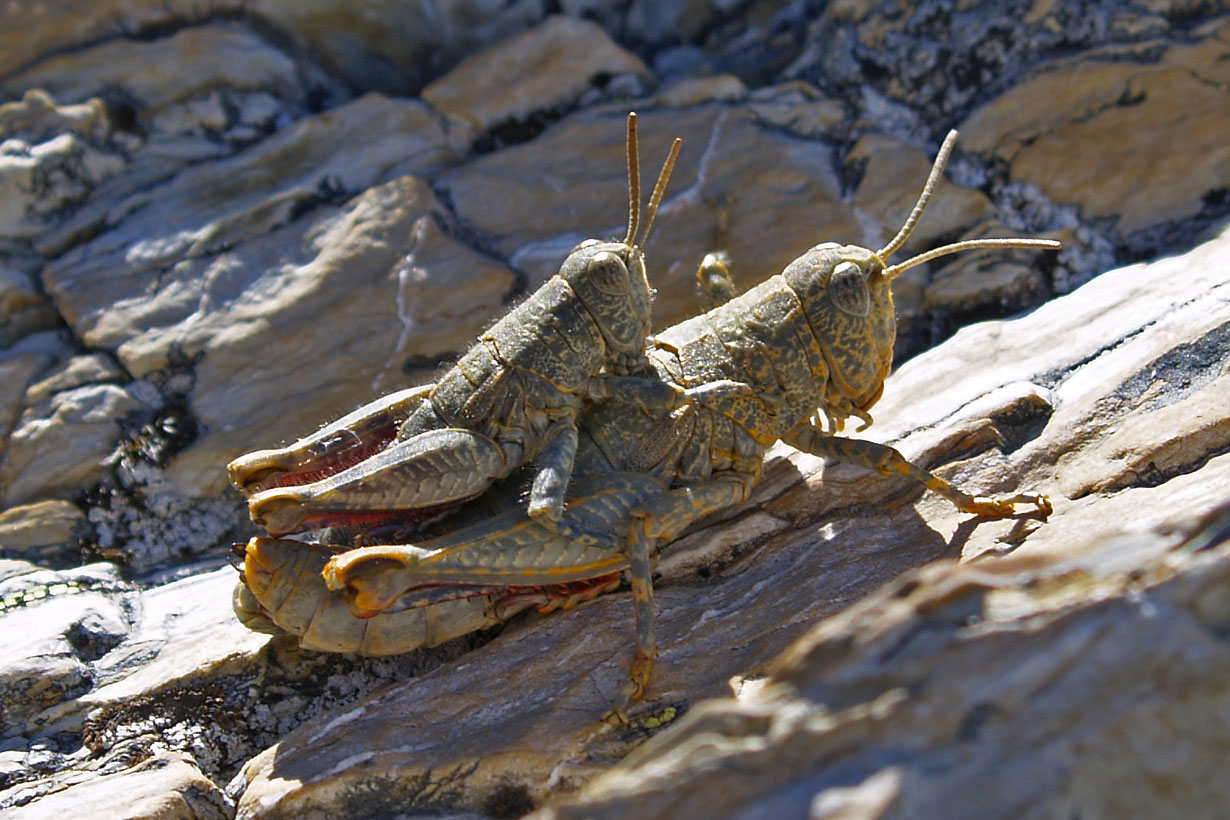 Alpine Grasshopper
Lives in the alpine herbfields. In order to conserve energy alpine grasshoppers spend up to 90 percent of their day resting. Their food requirements are extraordinarily low, thus they conserve their environment. 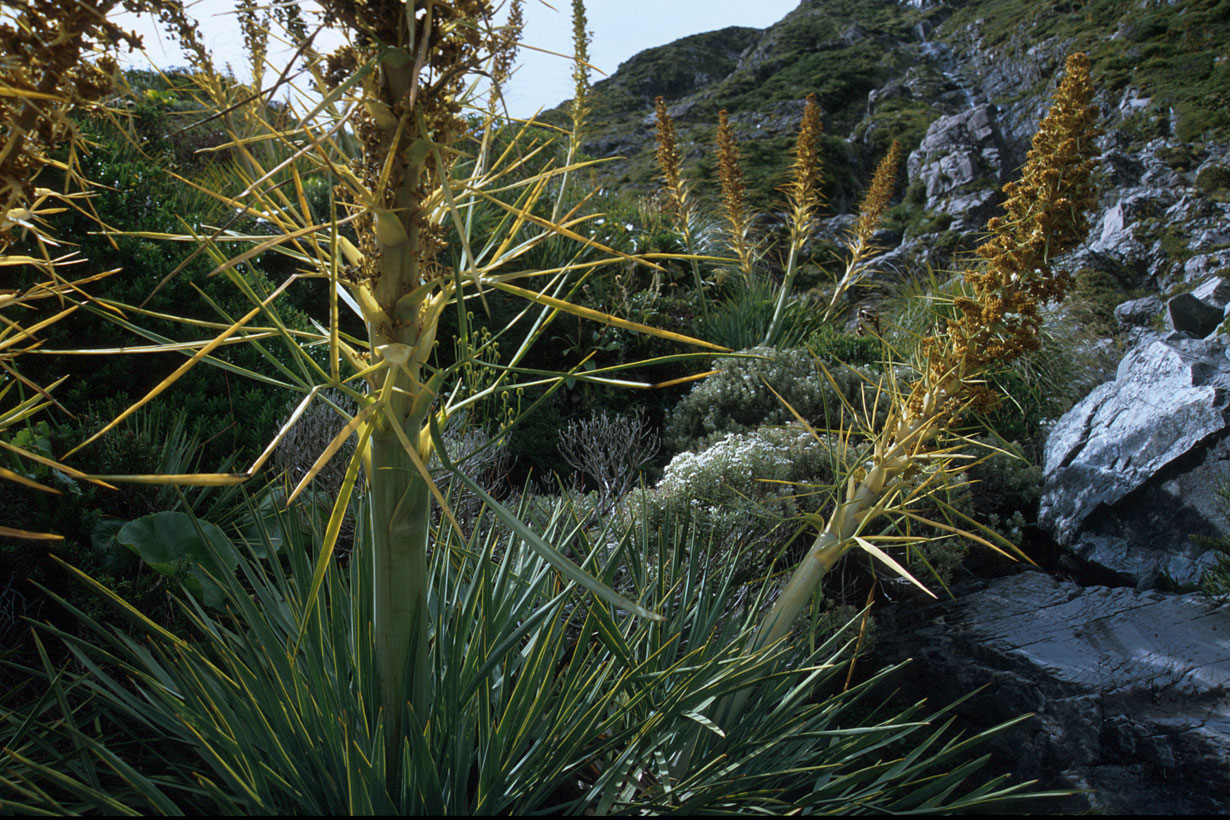 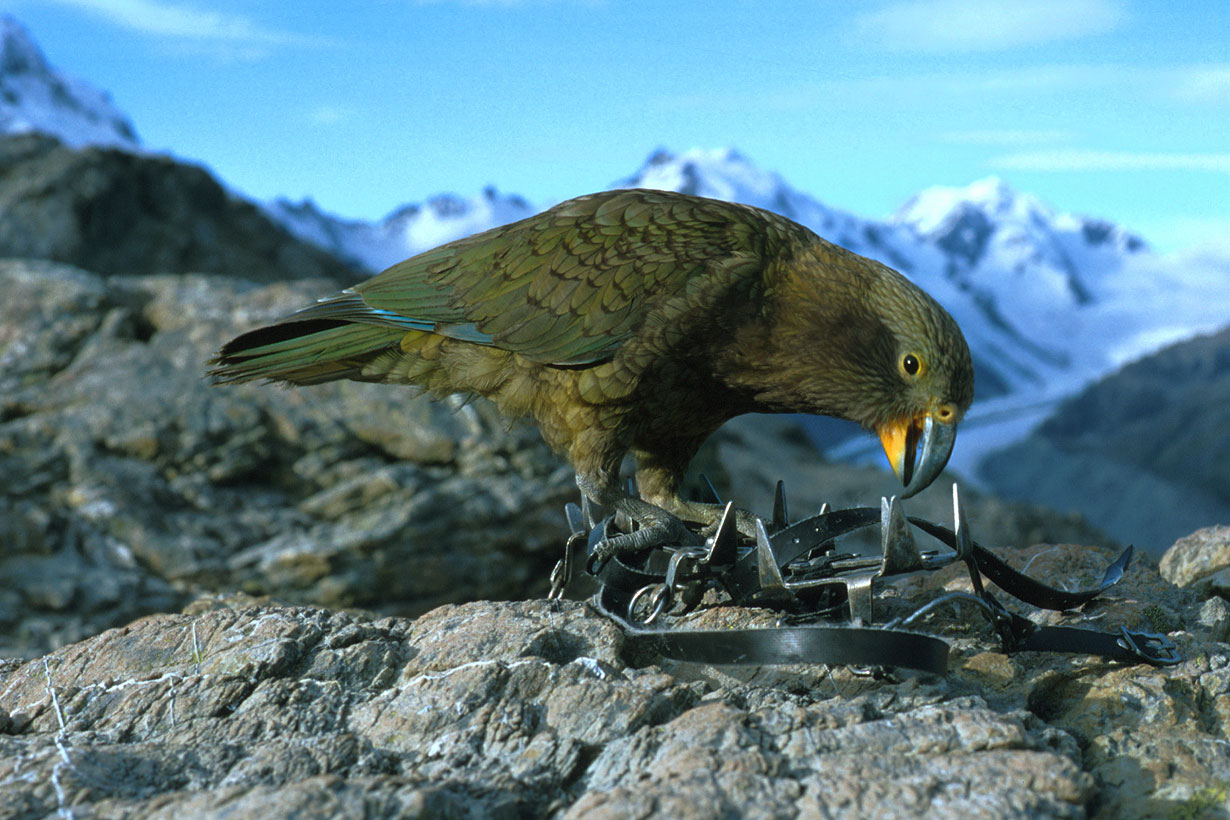 Kea
Keas are always inquisitive. They are very intelligent. Naturally they want to know what your crampons are used for. 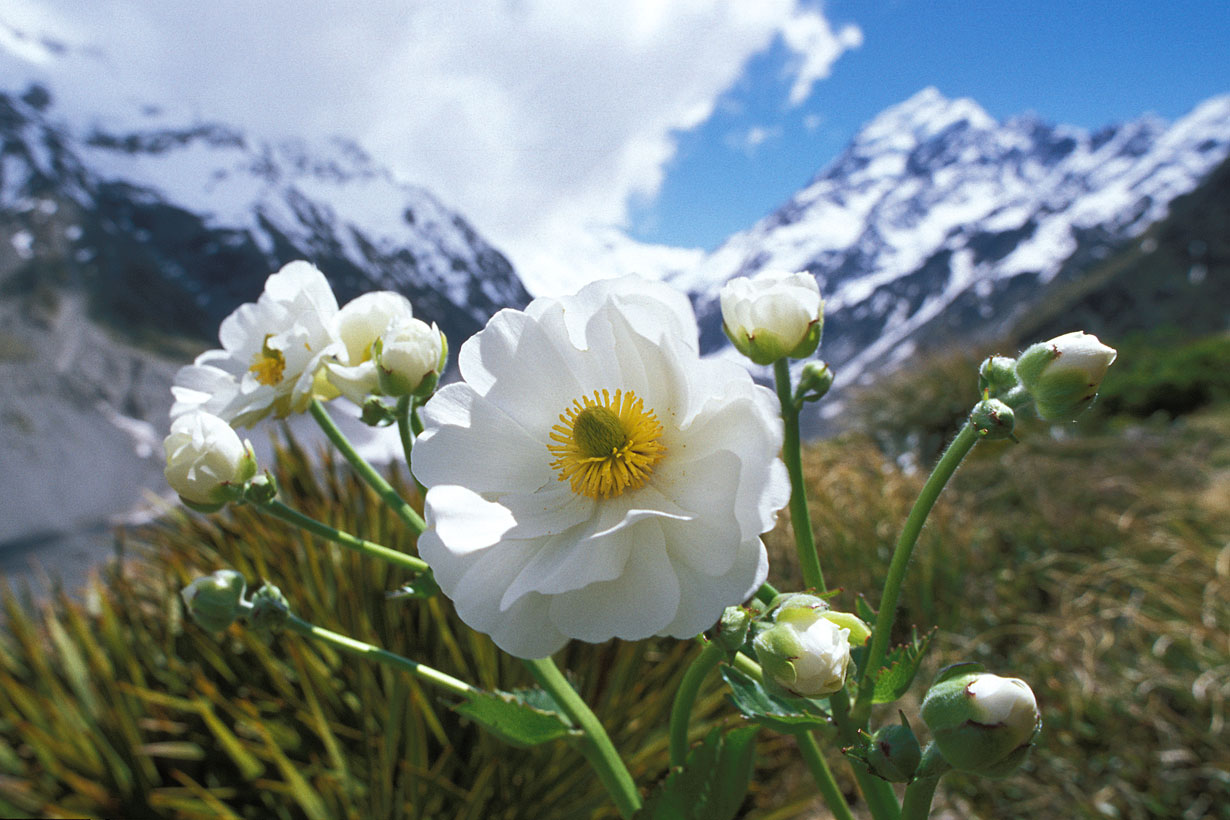 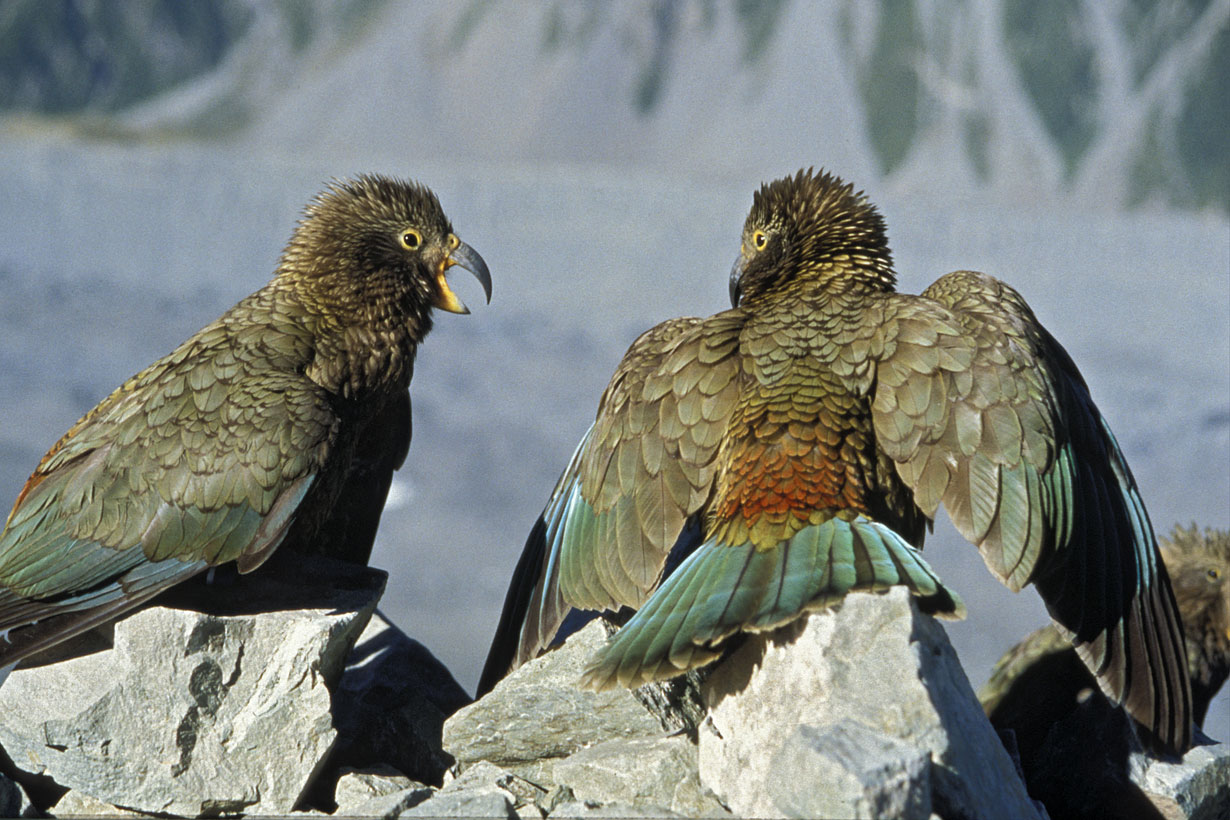 On the Aoraki/Mount Cook Trek, Ball Pass Summit Trek and Ball Pass Crossing you will see a wonderful display of New Zealand's unique alpine flora and fauna. Due to New Zealand's long geological isolation many of these plants and animals are only to be seen here.

Your knowledgeable guide will point out the many features that set these mountains apart from the rest of the world.